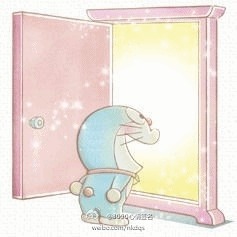 Doraemon leaps for joy or moans in sadness. His emotions are genuine, and that’s really all that matters. When all the world becomes a blur, the lack of inspiring moments is disturbing.

For the last few weeks I’ve found myself mentally describing my present situation as “vegetating.” As I do little besides eat, sleep and gaze bleary-eyed at a screen, that may be an accurate description of my fried brain. But even under those trying circumstances I can’t hold in what I really get excited about. Passion is not something that can be faked.

Sincerity is what music director Lupo Groinig discovered in Hong Kong’s rising pop singer G.E.M. 邓紫棋. From the moment Lupo saw her, he knew that she could be a star. Here’s what he said about G.E.M. at one of her concerts in 2011:

It doesn’t take very long when you talk to an artist — it doesn’t matter what age they are — that you realize if they have what it takes or they don’t.
I’ve been around artists my whole life and so you kind of get a feel for that — and she had it.
The first conversation I had with her she had it in her eyes.
It’s something you can tell if somebody really wants something or they don’t want something.

So far G.E.M., only 22 years old, has taken first four times in the 10 weeks she’s performed in the Chinese idol competition “I am a Singer.” Lupo himself is an interesting character as he was born in Austria, partially educated in Los Angeles, and now helping Hong Kong artists with his music label Hummingbird. With her powerful soprano voice and Lupo’s brilliant arrangements of Chinese and Western pop songs, G.E.M. is showing the world what can be done with music on the international level.

Check out my previous post on GEM and my news article on Taiwanese band Mayday’s upcoming debut at MSG.